Ahh yes, the great CBD debate. CBD for humans. CBD for dogs. CBD for cats. CBD for every other animal. Sounds new and exciting right? So, what exactly is the debate though? Where is the hesitation or disconnect?

As an actively practicing contemporary veterinarian, who has also now been a part of the responsible cannabis movement for years now, the answer to this important discussion took some time to come to terms with as I saw so many humans readily accepting the potential benefits of cannabis for their health and wellness. And yet for animals- my patients, it still appeared to be in question, with rumors of success stories competing with “elementary scientific data.” However, despite some major frustration at first as to why my patients were not readily be included in the cannabis discussion, the answer was eventually found, and it was simple. It seemed that, since the beginning of time, when humans began to utilize this amazing higher functioning brain to do amazing things, it also resulted in something else. We forgot just who and what we were, which is biologically nothing more than animals. Animals of the same kingdom as all the others. Our species quickly found comfort on this figurative pedestal of higher intelligence, looking down at the rest of the animal kingdom, resulting in a steady loss of understanding that despite this amazing brain, humans will always still be animals with the same basic patterns, anatomy, physiology and needs to survive. Furthermore, humans have and will continue to succumb to many if not most of the same types of general ailments and conditions that need tending to. Thus, with this realization understood, the pet CBD debate should not become much of a debate at all.

The plant Cannabis sativa, which contains CBD along with 500+ other active biomolecules, has for some reason co-evolved with the animal kingdom, to be able to positively overlap in more ways than one with our bodies in times of need. Whether a dog, cat or human, all animals down to the jellyfish, have retained some form of an endocannabinoid system, coined by experts as the body’s “master regulatory system.” This system tracks and monitors all processes, both good and bad, that occur within an animal’s body and attempts to maintain internal health and happiness. However, this system can only do so much, and at times, it becomes overwhelming. This is where cannabis comes into play. In simple terms, cannabis naturally produces numerous molecules that overlap with the endogenous endocannabinoid system’s influential effects, enhancing where the body is lacking. This is why it is said to be a “solution” to so many conditions. It tries to help the system that is in charge of all other systems.

This general fact goes for every animal though, not just humans. Animals are animals, and humans are included. These are not just rumors. There are decades of research to prove it, unknowing to most of us up until recent. Cannabis studies that go back to the 1960s where animals were used prior to humans to prove the plant’s biomolecular effects. In fact, there are likely the same if not more studies in total performed with a variety of animals that prove both the potential efficacy and steadfast safety of cannabis application for a variety of conditions. So, just because we only have a dozen or so studies related to “pets,” does that mean the rest of these studies are erroneous? Or even the well-known fact that no creature on Earth has ever been actually documented to have died from Cannabis consumption when not adulterated by another compound or having a serious underlying pre-existing medical condition?

Now with that said, there are small but important differences that exist between and among animal species, both in relation to the level of cannabis influence per intake quantity, as well as the safety of other elements humans may elect to add to it. That is where the veterinarian should come in, right? Well actually no, at least not yet. As a veterinarian, it is still overwhelmingly confusing as to what can or cannot be said while in the position of “practicing veterinary medicine.” Specifically, only the state of California has defined what a veterinarian can and cannot say or do with regards to the cannabis discussion and beyond. The rest of America’s veterinarians are left in a cloudy gray zone of uncertainty, and whether they know a little or a lot about Cannabis, it is still quite unknown as to what is or is not acceptable. Which is again frustrating, as there are thousands of pet parents out there looking for some type of medically-relevant guidance, and there are thousands of pets out there who could most definitely potentially benefit from the addition of a cannabis product that has been vetted for safety for a variety of conditions I see every single day while practicing conventional medicine. Nonetheless, for most veterinarians, it is a risk that is still too scared to take on when the consequence could risk their licensure.

In the meantime though, until the rules and regulations of the veterinary field decide to follow suit with the human space, some veterinarians have decided to try and make small, but progressive moves. Personally, I have elected to take my cannabis education and apply it as much as possible as a “cannabis educator” strictly outside the “practice of veterinary medicine.” Specifically, without attempting to create any type of veterinary-client-patient-relationship, I began almost a year ago now providing individual consultations for pet parents across the country looking to speak to a veterinarian who also had extensive cannabis industry knowledge. These consultations have thus far been strictly by word of mouth and are just a mere discussion between two humans….and one or more pets if they decide to join the experience. During the consultation, the pet parent and I mutually discuss several topics regarding cannabis and CBD, including what research there is to support the idea that a properly vetted cannabis-based product can be safe if used in the proper manner, what current and pre-existing medical conditions their pet may have are of interest to potentially address, and how to actually take on the task of vetting the industry for a product that is trustworthy and consistent. This initiative has been remarkably successful, as I have been able to guide and advise pet parents in numerous states without ever actually “practicing medicine.” Unfortunately, I still cannot answer every question that comes up, the most common of which regarding dosing and weaning of other medications. However, the information we do discuss together in combination with the old phrase “start low and go slow” has in my opinion been reliable thus far in providing peace of mind and a solid launching point for most pet parents as they attempt to “self-medicate” their pets.

Lastly, pet parents need to be completely open and honest with their current veterinarian about the consideration to include a cannabis product into their pet’s life. As a consultant, I can only do so much. The veterinarian in charge of that pet’s true medical care is the person who still retains the legal responsibility for that pet’s overall wellbeing. Furthermore, I have been fortunate enough to advise and consult with a few veterinarians in addition to pet parents, which for me, has been equally exciting. To know there are veterinarians out there who are ready to consider learning more about cannabis if it may be for the benefit of our patients and our industry is yet another reason why I continue to do what I do.

In conclusion, the great pet CBD debate is unfortunately still quite strong, with a lot of unknowns in existence in the minds of both pet parents and medical professionals. However, with candid education and honest information at the root of advocacy, I believe that we can continue to fuel a responsible movement, remembering though, that in the end, humans will always still apart of the animal kingdom. Therefore, the benefits of cannabis seen in the human side of the discussion will hopefully be mirrored on the pet side as time goes on, so that other animals can benefit in the same way that thousands of humans have. 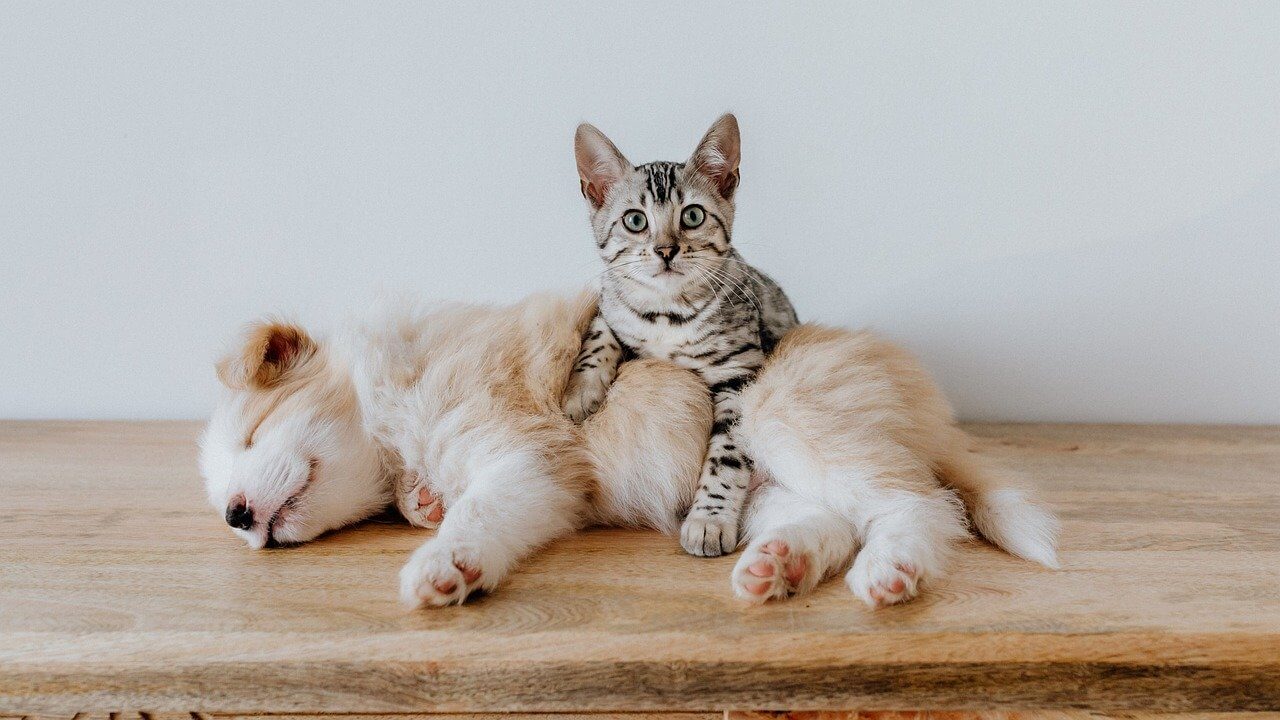